Flanked by numerous ministers from throughout the city, Chief McClelland thanked them for participating in a training program designed to help unite area clergy and lay persons with the HPD and serve as eyes, ears and strong voices in their respective communities. 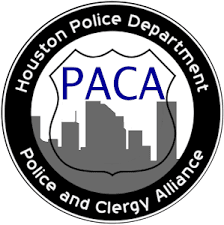 HPD in the Community